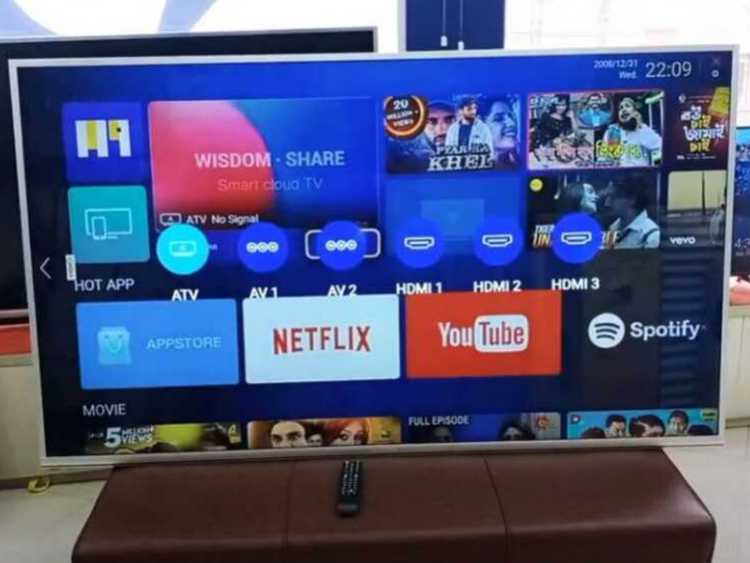 TV Brands in Bangladesh: Nowadays, television has become one of the significant sources of home entertainment of ages people worldwide. It is much easier to get enjoyment by watching television programs on different tv channels. Most adult people like to watch the news on tv rather than reading newspapers. Most homemakers and fathers get relief by sitting their babies in front of the tv while watching cartoons. Young boys and girls like to watch movies on television and other channels as considered about various tastes.

Now television has become one of the much comfortable sources of entertainment which are getting popular day by day.

On the eve of television production, there are so many brands established and still hold the reputation in the international market successfully. For this purpose, the Rise and fall down of so many television companies worldwide have been seen so far. Few companies started their exquisite journey, and later they became an international brand. Still, few brands are shinning over the world electronics market. Sony, Samsung, LG, Panasonic is the brand name where people can blindly trust their quality products. All most every country has its local brands behind those big brand names. But Sony, Samsung, LG, Panasonic brand names have their royalty over the world.

Bangladesh is a very populous country where have a significant electronics market demand for different stages of people. The standard product is television. Every family, at least they have a television in their living room or bedroom. Previously, Bangladesh is where electronics brands would like to keep their footprints firmly and grab the market for as long as possible.

Besides Sony, Samsung, LG, Panasonic, a local Bangladeshi brand Pentanik, is considered an emerging TV Brands in Bangladesh. With fierce competition in the electronics television market, it’s pretty challenging to hold the nerve beside renowned brand names like Sony, Samsung, LG. But with the slogan of The Name of Trust and reached upgraded product quality in the Bangladeshi television market, Pentanik is now one of the best competitors among those brands.

Smart TV is also known as Connected TV or CTV. Sony Bravia, a famous name, introduced our first time as internet tv back in 2009. Internet-enabled Sony TV reached maximum popularity in that time. Now it’s much more advanced about technology, and Sony becomes a name where nobody can resist the quality. Sony TV price range is just a little bit high than any other brands in the world, and indeed Sony provides the best quality television with advanced technology.

In Bangladesh, Sony is also a trendy brand name as the rest of the country is famous. Sony TV Price in Bangladesh starts with a minimum of twenty-two thousand but. Standard size 32 inch Smart Android tv and above size tv pretty reachable to the customers with reasonable prices. Sony Bravia 43 inch smart android TV price around forty-five thousand to sixty thousand but, based on dimension and model quality.

Samsung is one of the leading South Korean electronics companies in the world. A global brand that astonished the world with the latest invention of various electronics devices, Smart Android tv is one of them. Even in Bangladesh, Samsung smart android tv also a famous brand among the people. A trusted name where every day was adding latest features and technological advancement. That’s how consumers can blindly keep their trust in Samsung easily to enrich their seamless entertainment.

A very emerging TV Brands in Bangladesh is named Pentanik. A local Bangladeshi brand reached the electronics market in early 2017. Other Bangladeshi local electronics television company like Walton, the minister, is also a competitor of Pentanik. But about quality and longevity, Pentanik smart TV is far advance than any other local brand. The latest features and highly dynamic models made this brand more trustworthy to the people who believe in Pentanik TV. Panik 24 inch smart TV price starts only at ten thousand takas. 32 inch smart fifteen thousand to eighteen thousand. Above those sizes, more sizes are available like 43, 50, 55, 65, and 75 inches 4K TV.

How to Clean LED TV Screen

How to Fix low Picture Quality in LED TV